Skip to content
All Posts What Are Probiotics & Why Do You Need Them?

There is A LOT of information around about nutrition and it can get confusing.  I want to help you understand what the latest research says and how it can help you figure out the things that matter most to you and your fitness goals.  Your body needs clean and proper nutrition to perform at it’s best.

Here is an article from one of the fitness experts I follow Denis  Faye: 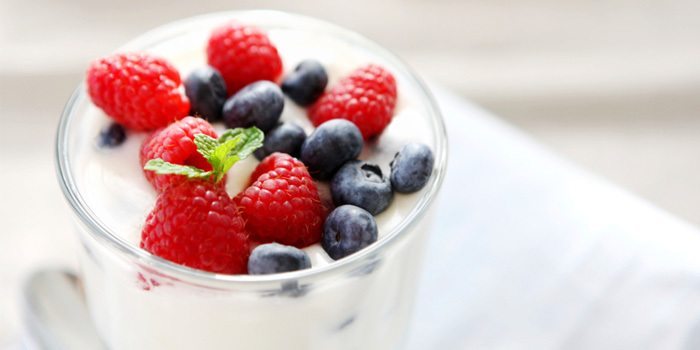 What Are Probiotics and Why Do You Need Them?

The short answer:
Your gut is filled with bacteria, good and bad. Good bacteria aids digestion, boosts immunity, and combats a number of gut-related illnesses. Emerging research shows it may also impact weight loss and influence mood. Bad bacteria hampers good bacteria and can make you sick in an assortment of ways, oftentimes involving repeated trips to the bathroom.

Probiotics contain good bacteria. You’ll find them either in supplement form or through real foods like yogurt, tempeh, kimchi, miso, and kombucha. By taking them, you’re fortifying the troops. While they’re generally an excellent idea, they’re particularly important after you’ve had an infection or you’ve taken a round of antibiotics, because these things tend to wipe out the populations in your gut.

The long answer:
The therapeutic use of probiotics is an excellent example of ancient wisdom existing long before Western science could pull its head out. There are references to curdled milk in the Bible (Genesis 18:8 and Isaiah 7:15 if you’re keeping score), but the party really got started around the start of the 20th century when Nobel Prize–winning scientist Dr. Elias Metchnikoff reported that Bulgarian shepherds tended to live almost twice as long as urban Parisians where he was living. He pinned this on the formers’ intake of fermented milk, which he felt contained “good” and “anti-putrefactive” microorganisms.

It’s unclear how Metchnikoff made the connection between these two rather disparate groups, but it gave birth to the modern investigation of probiotics, so let’s not complain. For the last hundred plus years, science continues to discover more and more good things about the bugs living in our intestines.

The 100 trillion (give or take a trillion) bacteria that live in your gut can be divided into over 500 types. Many of the important ones fall into one of two genera, Lactobacillus andBifidobacterium. Under that, there are several species, many of which have specific benefits. For example, Lactobacillus acidophilus has been shown to be especially effective in combating lactose intolerance and Montezuma’s Revenge (or “traveler’s diarrhea” if you want to be boring about it). However, unless you have a specific issue that you’re trying to address, you probably don’t need to stress about all the species.

Fun fact one: the bad bacteria you’re working to keep in check include Helicobacter pylori,Escherichia coli (E. coli), and salmonella.

Fun fact two: we’re born without bacteria in our guts, but the populating begins when we pass through the birth canal. Our first gasps of air provide yet more bacteria, as does breast milk, which is especially rich in probiotics.

It’s well-established that probiotic consumption helps with almost any intestinal issue you can think of, including constipation, lactose intolerance, GI infections, gas, diarrhea, Crohn’s disease, IBS, and IBD. It’s been shown to be effective in treating vaginal and urinary tract infections and atopic eczema. There’s also research showing probiotics may reduce the risk of colon cancer.

There are a few theories as to how this all happens. One is that good bacteria simply take up the space in the gut that the bad bacteria would take over. There’s also the fact that some good bacteria stimulate the immune system by promoting the release of various white blood cells that kill pathogens. A third idea is that many bacteria use the same fuel sources. For example, Clostridium difficile, which causes diarrhea and inflames the colon, is dependent on sugar—but so are many good bacteria. It all comes down to balance. If you have plenty of good bacteria in your gut, they’re going to dominate the monosaccharide buffet.

Look beyond GI issues, and current science on gut bacteria and probiotics gets even more amazing. A Washington University study on identical twins—one overweight and one thin—showed that they had entirely different gut microbiota, suggesting certain bacteria in your system promotes weight gain. (A separate UC Berkeley study suggests the evolutionary reason for this is that people in northern climates need more body fat, so their gut bacteria actually shifts to promote weight gain.)

But if you think popping the right probiotics will soon be the key to dropping pounds, don’t get too excited. Yet another study on mice shows that “weight loss bacteria” doesn’t seem to thrive on a high in saturated fat, low-fiber diet. However, they tend to propagate when fed a diet filled with fruits and veggies.

Researchers are also looking seriously into the gut-brain axis. In other words, those little bugs in your belly might actually have a say in your decision-making process. For instance, gut bacteria produce 95% of your serotonin, a powerful “feel-good” neurotransmitter.

And a Texas Tech University study on mice found that feeding mice the bad bacterium Campylobacter jejuni drove up their anxiety levels.

So, yes, you should consume probiotics. How many depends on your situation. Antibiotics wipe out the microbes in your gut, so a supplement is an excellent idea after a round of those. Beyond that, if you have a gut-related issue, it’s worth researching which probiotic might help and supplement thusly.

Quality probiotic supplements can be pricey though. For most people, a solid diet filled with probiotic foods should do the trick. (For the record, Shakeology contains Bacillus coagulans, an especially hearty probiotic that can survive at room temperature when many probiotics require refrigeration.)

Yogurt is also a great source. However, it’s important to read the label. The bacteria that make the flavor and texture that Western society considers yogurt can’t survive the voyage through our GI tract, so manufacturers enhance the stuff with other strains, including Lactobacillus acidophilus and Bifidobacterium bifidum.

Kombucha, or fermented tea, is another great probiotic food that’s especially trendy right now. It may take a while to learn to appreciate its tangy taste, but it’s worth it. Another benefit of kombucha is that it’s incredibly simple to make.

Beyond that, there are tons of other foods out there that are technically probiotic, including tempeh, sauerkraut, pickles, miso, and various cheeses. Unfortunately, these foods are often heated or pasteurized in such a way that kills the bacteria, so check on the label to verify if the probiotics are still active. Another option is to seek out a boutique producer who deliberately maintains the bacteria in their foods. Or you might want to make them yourself.Sandor Ellix Katz’s The Art of Fermentation is an excellent resource for your bacterial DIY needs.

On a final note, remember that fruit and veggie thing a few paragraphs up? Well, it applies to all the benefits of probiotics. Gut bacteria thrives on certain foods called prebiotics, so it’s crucial to make them part of your diet. Foods especially high in prebiotics include asparagus, onion, leek, garlic, artichokes, oats, and bananas. Yacon root, which you’ll find in Shakeology, also contains prebiotics.

So make prebiotics and probiotics a cornerstone of your diet because if you’re good to all those little bugs in your gut, they’ll return the favor tenfold.